What Are the Psychological Connections Between Well-Being and Morality?

Well-being and morality are inextricably intertwined in philosophical theory. However, empirical work on the connections between well-being and morality is in its infancy, leaving many basic questions unanswered. As a first step, I am currently investigating whether moral character is associated with well-being. In other words, is a life that is good for oneself also one that is good for others, or does doing the right thing come at an inherent cost to the self?

To circumvent the limitations of self-reported measures of morality, my latest project uses reputation-based measures of moral character. Across three studies, we find that moral people tend to be happier. To complement this reputation-based approach, I also plan to use objective behaviors (e.g., pledging to donate 10% of one’s lifetime income to charity, see https://www.givingwhatwecan.org/pledge) as criteria for moral exemplarity in subsequent studies.

These studies provide a foundation for an extensive research program on the connections between well-being and morality. In future studies, I will address questions of generality, mechanism, and causality. For example, which dimensions of morality are more or less strongly associated with well-being? If moral people are happier, can this association be better explained by moral need satisfaction or social rewards? Finally, would people be happier if they became more moral (and vice versa)? 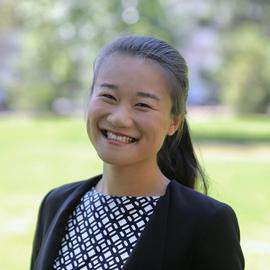